How many of you have heard of Superconducting Maglev in Japan?

Superconducting Maglev is the super fast train on the huge national project that has been discussed for a few decades in Japan.

The fastest train, the dream train for many Japanese, will start running in 2027. 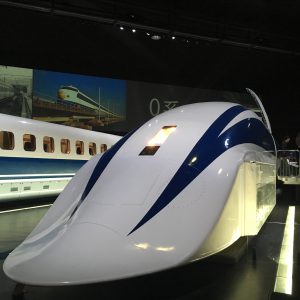 This project is now ongoing and constructions for Superconducting Maglev ways and stations has already begun.

This fastest train runs with 500km/h(equivalent to 312miles/h), and it will run from Tokyo to Nagoya for only 40 min.

It only takes 1 hour 40min. to get to Nagoya from Tokyo by bullet train nowadays, but it will be less than half of current ride time.

Personally, I am a big fan of the bullet train and Superconducting Maglev and enjoyed the SCMAGLEV and Railway Park(museum) provided by JR on the weekend last month in Nagoya.

Nagoya is the city where it takes 1 hour 40 min. to get by a bullet train from Tokyo.

This museum, located at the south of Nagoya city area, is just AWSOME!

What also surprised me was that audio guide for other languages is available, and many of exhibit items are also written in English.

You definitely should check this place if you like trains.

Here are things you can enjoy there.

・You can learn about the JR train history of Japan.

・There are more than ten train cars including the old steam   locomotives to the newest trains such as bullet trains or Superconducting Maglev.

・You can enjoy the diorama railways.

・Both adults and children can learn educational materials of physics including how train and trains/Superconducting Maglev.

・You can learn about Superconducting Maglev such as history, system, and plan.

・You can experience the Superconducting Maglev with 500km/h with the riding simulator.

There are also many fun things you can enjoy in the museum, and I recommend you visit this place if you are in Nagoya.

I will also post later about the awesome Nagoya foods on another post. After a trip to Nagoya, I am now a big fan of Nagoya foods!

This is the picture of the Nagoya castle. 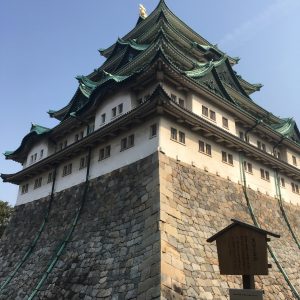 What to Pack for a Trip to Japan This article is for those who are pl...

As well as normal holidays, you should be aware of relatively longer a...

Here are some tips for choosing an arrival airport for traveling to Tokyo.

Tokyo Disney Resorts are NOT in Tokyo. Did you know this fact? ...

Escalators in Japan Hi, this is Ted again. I was pretty busy last wee...

Tips for getting JR tickets, travel passes and rail passes.

You can find the free wifi information here. Those wifi spots are available without any registration.

Mt. Fuji and a frozen lake Mt. Fuji is just beautiful. You can drive ...

Hair Salon in Japan What do you want to do while you are in Japan? S...

Bullet-Train Bentos The another joy of getting on the JR’s bullet tra...

Bath culture is one of the most major life habits for Japanese. This m...

Crowded Trains in Japan The “rush hour” in Japan might be something t...

Must Try Foods in Nagoya Nagoya city is only 1.5 hours away from Toky...

I definitely imagine travelers are confused in transportation syst...

"Eguchi Dango" in Nagaoka, Niigata If you have a chance to go to Niig...